Kotlin Vs React Native Which Will Rule the Cross-platform App Market? 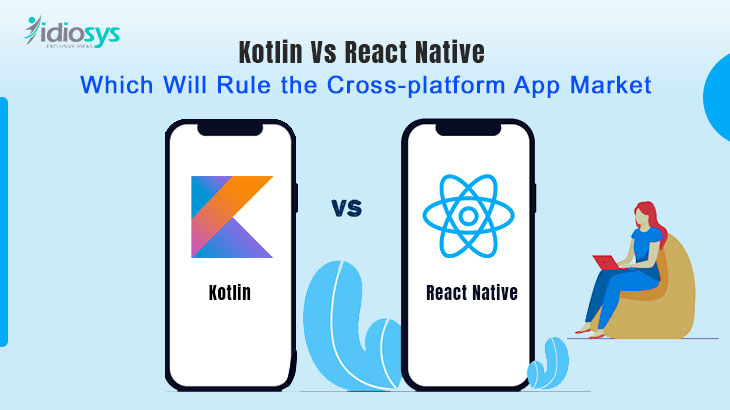 Technology is changing so fast that we often need new resources to stay ahead of the competition. Just like in any other sector, the cross-platform app development sector is also taking up new things and rejecting others to evolve their app development process. Hence, if you’re looking to hire a reliable app development company for your business, you should know which platform would be the best choice for your purpose.

No doubt Kotlin and React Native are the two most popular names among cross-platform apps. And if you are recommended any of these two frameworks, knowing about the advantages of the other is a must. Hence, we are going to make a comparative analysis of these two frameworks to see which one is better than the other when it comes to building a feature-rich and scalable application. Starting from what these frameworks are all about to their pros and cons, read on to know all these vital aspects before you choose an app developer for your business app.

What is React Native?

Here are some unique features of React Native framework that are helping developers across the globe:

Kotlin is a programming language that can be used to build cross-platform apps. Created by JetBrains, this cross-platform framework can work in conjunction with Java but the type interface is easier. It is one of the most popular frameworks because of the launch of the Kotlin Multiplatform. Though Kotlin isn’t as feature-rich as React Native, it has come with features that make it unique and reliable for developing cross-platform apps. You can easily hire app developer by going through these features explained below.

Here are some salient features of the Kotlin framework that can enhance your app performance:

Based on the above comparison, our choice would be React Native for building flawless and fast loadable cross-platform mobile apps.

If you’re searching for a fully-established app development company for your business app, look no further than us. We at Idiosys Technologies provide top-notch mobile app development and a plethora of other services including web development, app development, digital marketing, SEO, and social media advertising. Whether you want a full-scale React Native development or a specific service, feel free to contact us today. So far, we’ve provided the best solutions to a huge number of multi-national and start-up companies from India, Canada, the USA, Germany, Australia, Brazil, the UK and Panama. With several years of expertise in the IT industry, we are now the best IT company in the nation.

So, why wait anymore? Feel free to contact us today to know the best plans and deals for you.