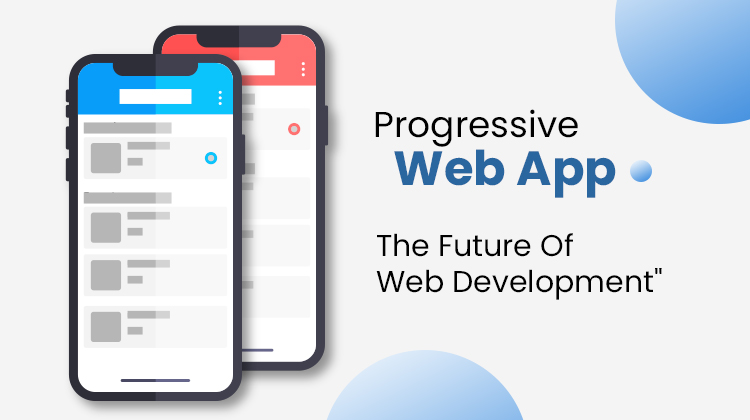 We all have been using applications in our mobile devices on a daily basis. These are also known as native apps that we download and install from app directories like Google Play Store and App Store. While these are in the mainstream of our application uses, Progressive Web Apps (PWA) are changing the way we use applications.

What is Progressive Web App?

Progressive Web Apps are webpages, built with common designing languages like HTML, JAVASCRIPT, CSS and have the capabilities and functionalities like native apps and much more. While web applications have been in use for a long time, they lacked offline working ability, direct hardware access and had inferior functionalities than native apps in terms of speed and user experience. Starting from 2015, Google increased its focus on developing progressive web apps in android with new functionalities namely service workers and web app manifests, supported by continually developed web browsers that helped the web applications transformed into PWAs in their present OS. And after Apple started supporting Service Worker in Safari from 2017, Progressive Web Apps were supported by two of the most widely used OS i.e iOS and Android. From the viewpoint of a user, these progressive web apps have less application size leading to lesser loading time, more user interaction and engagement.

While PWAs have better user experience for the audience, for the field of App development and the web developers these had a monumental effect. Earlier an App development company had to build the app separately for separate OSs. With the use of Progressive Web Apps, they now have to build a single web app that will be supported by most modern browsers.

Two technologies create the baseline of All PWAs and are core to its development. A Service worker is a code written in javascript that works like a proxy from the client side which pre caches resources and responds to resource requests accordingly which enable the application to load instantaneously even in low or no network conditions. And a web manifest works in the User interface side enabling the user to control home screen icon, default page, screen ratio, and fullscreen uses.

Webstorage: It enables storage function in browsers. It has two components i.e sessionStorage that stores data during a session and deletes upon closure of the session and localStorage which stores data locally irrespective of sessions.

WebAssembly: Has the potential of running codes in web browsers in speed identical to native apps, but due to limitation of transferring data from Javascript to WebAssembly, it is mainly used in recognizing voice and computer vision.

Progressive web apps work on browsers that are built in accordance with Web Standards. Due to the uniformity of most web browsers, to hire app developer for a progressive Web App is now beneficial in terms of cost, time to develop and usability. As Google developers started focusing first heavily on PWAs (though Mozilla worked on PWAs earlier, their development stopped in 2016), they developed the guidelines of PWAs.

Some more modern PWAs use an architectural model. This is called App Shell model, which houses the basic UI (shell) in browsers offline cache enabled by service worker. This model makes the PWAs run like native apps even without any network connectivity making them load faster and providing them with an architecture to store content into dynamically.

Is it really the future of web development?

Though Progressive Web App development is still in its nascent phase, it has the potential to change the Web development industry in a mammoth way. It still has some limitations such as :

Still, with use of PWAs, AliExpress increased new user conversion by more than 100% in all browsers. Evidently, advantages trump the shortcomings of Progressive Web Apps by a far margin and in days to come, with more advancement of PWAs, they surely can replace native apps.

Hire App developer to get outstanding services in progressive app development. We, Idiosys Technologies, are one of the eminent companies providing web development services. Our clients from the overseas prefer us when it comes to app development and design. To know more, feel free to call us.